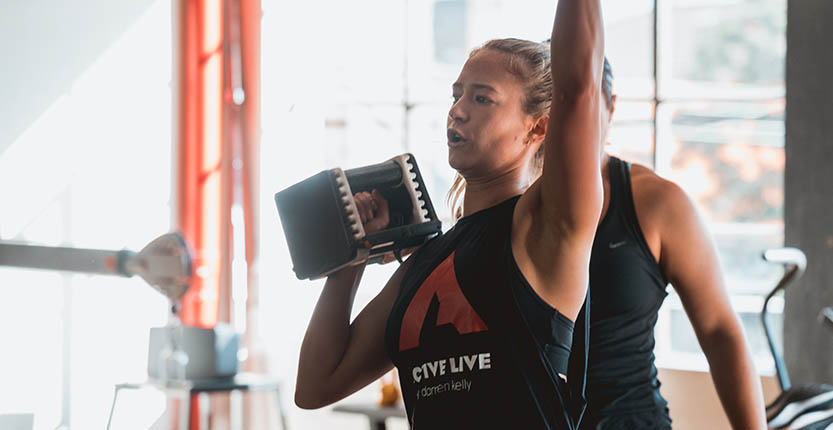 If you’re not performing the full-range of movement in an exercise – maybe you need to lighten the load.

Last year I joined my local gym. Let’s just say it was a meat-head gym. Being a meat- head at the time, it met my needs perfectly.

One thing puzzled me at my meat-head gym: the dumbbell rack. The heaviest dumbbell there must have weighed, no word of a lie, four squillion pounds.

Now, being a competitive meat-head I wondered who used this weight. I could lift just as heavy as most of the guys there, but I was only half-way down the rack of dumbbells.

Then one day I figured it out. These weights are for the micro-reppers. Those people who think half range reps have double the effect of full reps. Why? Because they can lift more, silly.

Now, I know some people will jump on here and say, heavy weights rock man but I’ve got a tip for you. If you can’t do the full range of movement for a particular exercise, then the weight is too heavy. If we’re talking bodyweight training, then the variation of the exercise is beyond you (for now at least).

The fact is our muscles are at their weakest when they’re at their greatest length. Take a chin-up for example. The fully extended point at the bottom of the movement (not fully locked but pretty close) has the muscle at its greatest length. This is therefore the weakest point and most in need of our attention. But, look around the gym. How many people go all the way down on their chin-ups, push-ups, shoulder presses, squats, lunges, etc etc. Dare I say- not many.

So once again lighten the load if you can’t or change the exercise so you can.

Exercising to a full range is integral in functional effective training (i.e. it leads to you moving better), flushes the joints to decrease stiffness and future problems and, most importantly, will prevent becoming a meat-head.