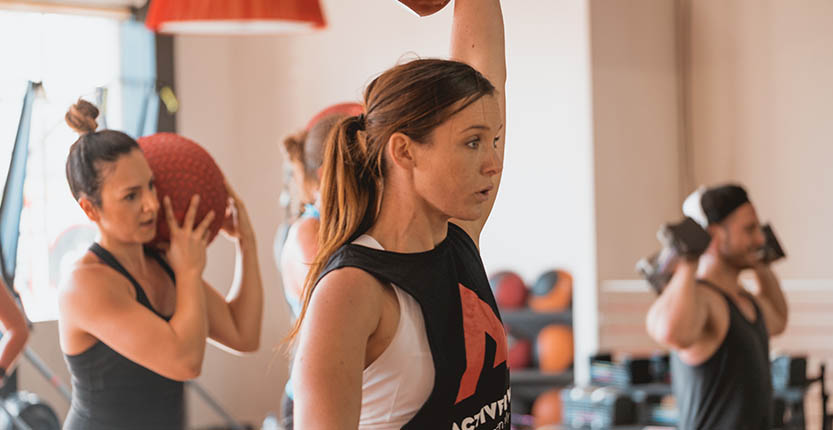 I’ve seen plenty of fitness gadgets over the years and when I was first shown a kettlebell I thought to myself, jeez what gimmick do we have here. I must say though, I’ve since become a convert.

The humble Kettlebell started out as a training tool for the Russian army and Special Forces and was later taken on by elite athletes and martial artists throughout Eastern Europe.

The Australian fitness market got their first taste of the Kettlebell more recently and these humble hunks of metal have had an immediate impact. In fact, in 2002 they were named the hottest new fitness product in the US. You could say the Russians had finally arrived.

As usual, Hollywood has its obligatory fans. Tom’s ex-Penelope Cruz and Ed O’Neil (Married with Children) are amongst the throngs who have chosen Kettlebell training as their preferred method of being whipped into shape.

But what are they?

A Kettlebell is best described as a cast iron cannonball with a handle. They work in much the same way as a dumbbell but have a few tricks with which their Western cousins can’t match. Their strange design is what makes them so effective. A traditional dumbbell distributes its weight directly to your hand, making them quite stable and easy to handle. The Kettlebell’s weight is distributed off centre, adding a unique stability element. They provide the user with a more advanced strength workout with the added benefit of increased co-ordination and agility.

A few exercises to try are The Swing, The Windmill and my favourite The Turkish Get Up.

The beauty of these exercises is that target the entire body all at once. The swinging type movements also train our bodies, especially our lower backs, to be strong in ways that help us in real life. They also kick-butt when it comes to fat loss and toning.